Amazing Revelations You Need To Know About Saddle Hunting 2020 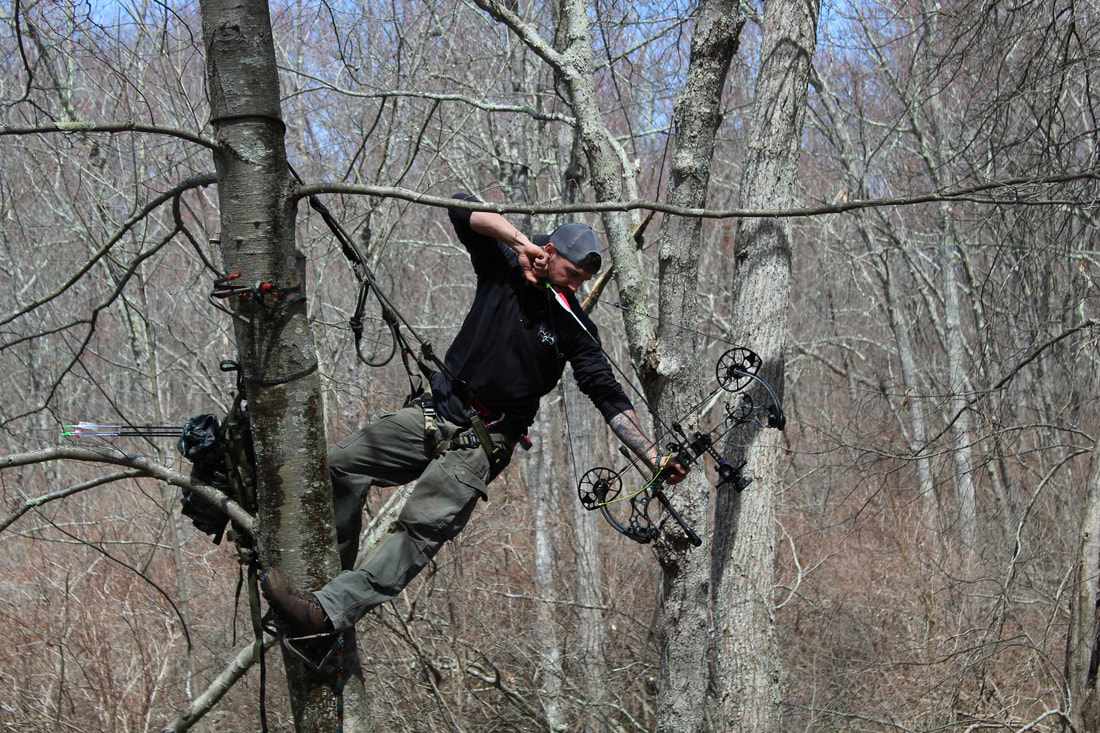 Saddle hunting is exactly what the name suggests, hunting the game from a strong woven saddle. Unlike hunting climber stand or ladder, the hunter hangs from a firm tether wrapped around the tree and connected by a carabiner very much like a cliff or rock climber. For you to climb the tree you will have to utilize a lineman’s rope, the same way you would when hanging lock-on stands.

The Benefits of Saddle Hunting

Saddle hunting comes with numerous advantages. The first advantage is the versatility and flexibility it offers. It allows the hunter to sit back and assume the seated position or simply rest in a straight standing posture. This way, the hunter is less prone to fatigue especially when they intend to spend a long time up in the woods.

Secondly, saddle hunting allows the hunter to shoot from many different positions that would have been difficult or even impossible otherwise. If the hunter chose the climber stand or ladder, for instance, it would prove difficult to reach some positions.

Thirdly, the hunter is free to choose what to stand on – it can be a base of any kind, from ropes to steps and any lightweight and strong platform.

As more hunters move away from the “running and gunning” style of hunting, saddles have brought forth the “hang and hunt” style which allows the them to gun down the game wherever they are – no need to guide the animals to certain locations for easy shooting.

Saddles Past and Present

Saddle hunting may sound like a new concept if you are not an avid hunter. However, even the novice hunters who don’t follow the trends of the industry but have been fortunate to read Eberhart’s books, particularly Bow hunting Pressured Whitetails (2003), are privy of the long history Saddle Hunting. In Bow hunting Pressured Whitetails, Eberhart told how he had been saddle hunting with Anderson Tree Sling for 18 years.

The famous Anderson Tree Sling was acquired by Big Bucks and continued to be manufactured unchanged until in the late 1990s. Trophyline interrupted the dominance of Anderson Tree Sling in the 1990s by introducing several saddles, one of which Eberhart himself helped to design with a nylon coated mesh seat. It went on to be the most popular saddle Trophyline ever produced in that era. The company would begin focusing on other business, letting its brands of saddles fade away into the oblivion in the decade that followed. Avid saddle hunters began modifying saddles meant for other applications or cast their nets wider and beyond companies that merely made hunting gear.

New Tribe, a company that had been manufacturing tree-climbing saddlers to cater for canopy researchers and arborists since 1984, soon came into the limelight. Sophia Sparks, the CEO of the company, was approached by a group of hunters in 2013 and advised to begin making products for the hunting industry. New Tribe released Aero Hunter, their first-ever hunting saddle, the following year.

In 2018, Ernier Powers and Greg Greg Godfrey, two hunters who had been closely observing the modification of non-hunting saddles over the years, founded Tethrd with the objective of offering every gear a saddle hunter required. The young company started an online store in June 2018 with just 200 units of its pioneer Mantis saddle. The collection would go on to sell out in just three days of the launch. Since then, Tethrd has worked hard to keep up with the surging demand.

The basics of saddle hunting

Although the terminology used in saddle hunting can be relatively confusing, the basics are the same across all setups.

The saddle: This is the part that cradles the hunter’s posterior. It serves to support the weight of the hunter while on the tree.

Loops: A typical saddle will come with one pair of loops each emanating from either side. Bigger loops attach the saddle to the bridge (climbing rope) while smaller loops connect to the lineman’s belt.

Bridge: A bridge is a strand of climbing rope made from Amsteel or any heavy-duty nylon. The Bridge connects to a pair of loops on the two sides of the hip. Instead of the bridge extending from the hips all the way to the tree’s trunk, it connects to a buckle-like metallic Carabiner which in turn connects it to the tether. The bridge is designed in such a way that it can slide back and forth via the Carabiner to adjust the angle of the hunter relative to the tree.

Tether: This is a piece of rope with a strong loop at the end. The loop is used to wrap around the tree while the other end of the tether connects to the Carabiner which in turn connects it to the Bridge.

Carabiner: This is a metallic loop that connects the bridge and the tether. It also serves as a pivot point at which the bridge can slide back and forth to alter the angle of the hunter.

Hanging by ropes high up on a tree may not sit well with beginner hunters using this product for the first time. However, there is less worry about because manufacturers ensure that saddles and their components can withstand more than 5,000 lbs of breaking strength. Most ropes used to make tethers, linesman’s belts, and bridges can withstand at least 6,000 lbs.

And that’s all about saddle hunting

To know more about saddle hunting, you need to be part of it. Saddle hunting has been around for quite a long time. One of the reasons why an increasing number of hunters are starting to prefer it is the fact that it allows you to gun down the animals where they are. Also, you can shoot from several positions that would be hard if you used a ladder or similar platforms.